O America, where did your ethics and values go? 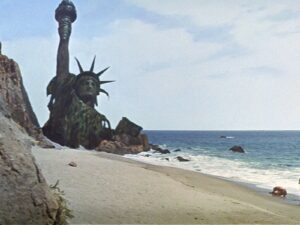 Another day, another mass shooting of innocent schoolchildren and teachers. I am saddened but even more than that, I am angry. What sort of people have we become? Complacent victims or tools of hate, lies, and greed, I can only assume. How can our legislators and elected officials on a local, state and federal level allow this carnage to continue? The rest of the world is horror-stricken and confused at the events that to us, have become commonplace, a “well, it’s Tuesday”occurrence. Greed, and personal license in contrast to the offices they were elected to, swearing oaths to benefit the people who, in many cases, foolishly voted them into these positions, our lawmakers do nothing but offer prayers rather than effective solutions that are obvious. Ah, yes, there is responsibility here, from those who cast a vote to those who block legislation that benefits the people of this country and our children, ineffective legislators who’ve been put in their positions by those who cast that ballot.

From the criminalization of women who need an abortion (and they didn’t get in that situation without a heedless male sperm donor who goes blameless) to those who oppose sensible gun laws that would support anyone from buying and shooting an AR-15 into kindergarteners, to those who, against all scientific evidence, continue to deny climate change and oppose solutions that would help solve it, and to those who abhor immigration to people who deserve a better life and not to have their children put in cages, and to those who still maintain their idiotic and hidebound dogmatic ideas, shame on you. Shame on you, you who should know better and promised that you would.

Your views are inhumane and despicable. What  in the world happened to you that you would make these choices? Is it stupidity, religiously sanctioned blindness (which has no place in the government of this country, just in case somebody missed that separation of church and state thing despite the barely qualified Amy Coney Barrett and her Catholic cultism), pandering to your base (in many cases the loud voices of those who don’t even have a high school education, for whatever that’s worth anymore, especially in some states where they vote down any increase in school funding), or is it just simple greed and personal bias, or (roundly hypocritically denied) racism? You should not be in office of any kind if any of these things are true, and I suspect that most of them are. We’ve got everything from bar owners with no education at all to used car dealers and evangelical preachers with probably less, sitting in Congress, voting on laws that impact every one of us out there, from people I wouldn’t trust to do a decent job of cleaning up my dog poop.

These are not even the people I’d want on my jury if I was on trial for murder, much less voting on laws that affect me. Many of them couldn’t even spell the word  correctly. How did we get here?

A ridiculous joke of a president like Donald Trump, a poorly educated misogynistic TV star driven by his ego, greed, lust and hate was certainly a factor. He spewed hate, racism, misogyny, and heartily condoned violence, insults and disdain towards anyone who didn’t agree with his views. Many hate groups rose up from the swamps, realizing that this was a leader who celebrated ignorance and hate for anyone different than them.  A new day dawned, and one we are still working to combat with his ridiculous egomaniacal claims of election fraud and the insurrection he fomented when he knew he’d lost. I truly don’t believe even the most diehard Republicans expected the groundswell of hate that they created by going along with this man. I’d like to think they go to bed at night after looking in the mirror and ask themselves, “how the hell did we get in this mess?” But of course they do not, they just ignore it and pander, intent on retaining their lucrative positions and thanking the NRA for their contributions.

But maybe I’m just giving them the benefit of the doubt, or wishful thinking, based on my own history and traditions. I grew up with a Republican grandfather, my hero, whose values I learned early on. Responsibility, fiscal and otherwise, but kindness as well. However, this was the same man who gave people a job, a chance, a place to live, food and clothing for their families and always, always, a helping hand. I think that is the not the mantra of the Republican party in 2022. My grandfather, the kindest man I knew, would be appalled at what is happening to the America he thought would continue to be the country he was proud of.  And he would fight back, as I am right now and I know he would be proud of every word I write here.

I am sickened and dismayed once again by the events of the day. More dead children at the very place they should be safest. How can the greatest country on earth have come to this? We must stop this. If we do not, the American dream, along with the ethics and values we presented to the world, the greatest democratic experience ever, will die. World-wide, we are considered a country that is violent, dangerous and unsafe, especially for children. How different this is from the time when we were considered the friendly saviors, the ones that would always be there to help. That trust is eroding quickly. I hope we can start to see what we have wrought and make the changes we need to do to preserve this sacred experiment that has become so tarnished.

I would like to say I’m optimistic, but sadly I am not. I hope that people’s better natures prevail, but I’m not even sure what those are anymore. I have hope, but it’s a candle flickering in the darkness of prejudice, ignorance and hatred. Still, I have hope that our dream doesn’t die as surely as our children have. 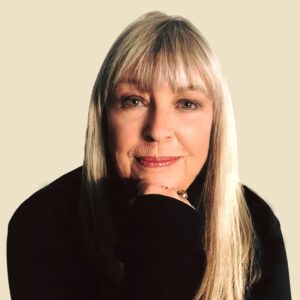