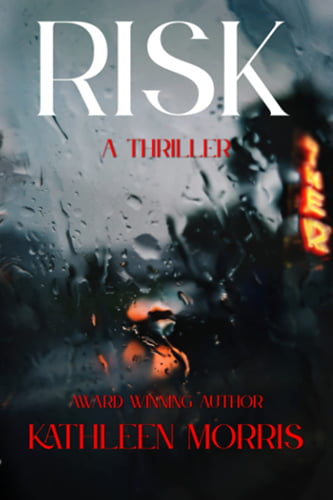 When country music singers Wilder & Grace, a side act stuck on a bare-bones tour with a has-been southern rock band, stop at a lonely Arizona diner at two in the morning and find an abandoned backpack full of banded $100 bills, Grace impulsively grabs it. Money like that could make their dreams come true.Instead, it’s the beginning of their worst nightmare, setting off a desperate pursuit across the West with nowhere to hide.

What Grace couldn’t know was the wayward backpack was first stolen by cartel boss Luis Reynaldo’s mistress, joining forces with his favorite assassin. They seize an opportunity to get away from their homicidal overlord after a drug deal in Oklahoma City goes disastrously wrong. Once Luis discovers Angel and Chang are not among the casualties, he obsessively sets out to exact his revenge. Both couples on the run find they must do whatever it takes to escape their old lives and create the futures they crave, but the risk and the bloody toll become increasingly higher.

Morris (The Lily Of The West) crafts a thriller that’s equal parts romance, character study, and white-knuckle road chase. Jack and Grace, struggling country music singers stuck in a never-ending cycle of dive bars and dead-end gigs, are on tour in the American Southwest when Grace discovers, and takes, a backpack stuffed with close to a million dollars in cash, abandoned in a bathroom stall. The money, a result of a drug deal gone wrong, kickstarts a breakneck chase that leaves behind a trail of bodies and bad decisions – with Jack and Grace caught in the middle.

Morris’s focus on character development and skillful rendering of backstories adds a level of richness to an otherwise uncomplicated plot. Ruthless cartel boss Luis brokers the seemingly routine drug deal with hired assassins Roberto and Chang, allowing his enslaved mistress, Angel, to attend, never suspecting her loyalty may not be absolute – and when the deal turns deadly, giving Angel and Chang a chance for freedom, they make off with the money and drugs, in search of a different life. While a furious Luis sets out to hunt down Angel and Chang, Jack and Grace are caught in the crosshairs of their own deadly pursuit, as they try to escape with the stolen money.

The couples are artfully depicted as two sides of the same coin: desperate, unyielding, and willing to do anything in order to outrun their misery. Readers will find themselves sympathizing with all four of the main players, even as they choose gruesome actions to survive, and no one escapes without blood on their hands. The characters are equal parts tough and clever, without coming across as superhuman, and the final confrontation will satisfy even the most astute reader. 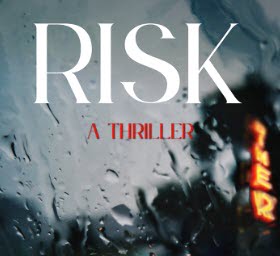 Matt CostAuthor of the Goff Langdon and Clay Wolfe Mystery Series
Read More
If you were to mix Johnny Cash and June Carter with Bonnie & Clyde, you'd get Grace & Wilder, two country musicians with a bag of cash on the run for their lives. Escaping from their dismal past and chasing the dreams of their future they are pursued by a Mexican cartel leader's mistress who is doing the same escaping and chasing dance. The mistress and her sicario are in turn being chased by the depraved and debauched cartel leader and his minions. This is all a recipe for a pulse-pounding thrill ride full of heart, passion, hopes, desires, and fear that could be a country song of its own.