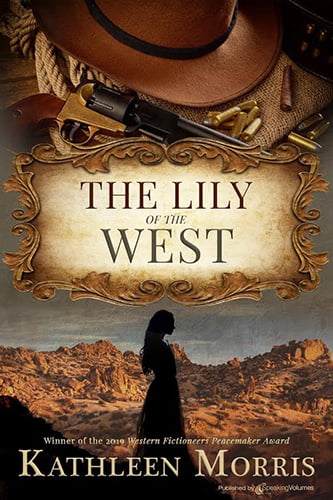 The Lily of the West

The Lily of the West is the story of Mary Katherine Haroney, known as the notorious “Big Nose Kate.” In the American West of the 1800s, women had few choices, but Kate made her own way. A Hungarian immigrant, Kate forged her way across the American frontier, an orphaned stowaway on a Mississippi riverboat who became the belle of the Dodge City music halls, known for her outspoken manner and her alluring appearance. Classically educated, she spoke four languages, finding love and much in common with a charming but volatile dentist from Atlanta, Dr. John Henry (Doc) Holliday. She was a trusted friend of the Earps and Bat Masterson, an adventurous woman who witnessed the violent lawlessness that preceded the end of an era. 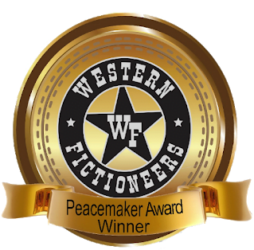 Kathleen Morris’s “The Lily of the West”  has been awarded the coveted
“Western Fictioneers Peacemaker Award” for “Best First Novel!”

Another brave woman of the Old West

What I enjoyed most about the book is that it's NOT a book about Doc Holliday. Though I am very much a fan of the Doc Holliday story, this book has a different tale to tell. The story is scattered with non facts and reality but overall it's well told and well written. But most important it told by a woman of the Old West about life in the Old West. I recently visited the grave of "Big Nose" Kate in Prescott, AZ so I really felt a connection with her. Her grave is simple but people are always leaving flowers, trinkets, and other tidbits.

This is a wonderfully written book that could appeal to both women and men. I don’t typically read Westerns, but this book had so many great elements, that it kept my interest throughout the book. It is a great story of perseverance, through extreme difficulty.

A great read from cover to cover.

Beautifully written, telling the story of a young girl, and her growing into a woman of the "wild west". If you love stories of triumph over tragedy, placed in an historical setting with an accuracy and a telling, that will keep you turning each page to learn more...you will love this book.

A Spirited Book of a True Woman of the West

You don't have to love reading westerns to thoroughly enjoy this book. From the beginning to the end, Kathleen Morris' superbly written work of fact entwined with fiction portrays the life and tragedies of Mary Katherine (Kate) Haroney, Big Nose Kate. It is a book I could not put down. From the moment Kate's parents fled the Mexican court of Emperor Maximilian to her days filled with saloons, gambling, entrepreneurship, betrayed friendships, tragic courtships and death, Kate was a true survivor in a man's world amongst the unforgiving and lawless west.

Loved how the historical characters came alive. I especially enjoyed reading about Kate’s life and how she lived, loved, and survived as a woman in the wild west. Lots of page turning intrigue as well as interesting historical background. I can’t wait for Kathleen Morris to publish her next book!